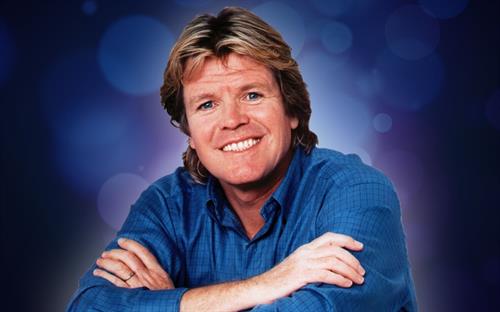 Multi-talented entertainer and from-man of Herman's Hermits, Peter Noone, brings his classic pop hits such as "I'm Into Something Good," "Mrs. Brown, You've Got a Lovely Daughter" and "I'm Henry VIII, I Am," to The Event Center at SugarHouse Casino on Aug. 16 at 8 PM.

With over 50 years of experience in the music industry, Noone has captivated audiences with catchy melodies and his extraordinary talent as the lead singer of Herman's Hermits since he was 15 years old. The group has sold over 53 million records, including seven gold albums and 14 gold singles. Their chart-topping hits include "There's a Kind of Hush," "No Milk Today" and "The End of the World."

The accomplished British band emerged in the mid '60s with the group's debut self-titled album that launched them to international stardom. The band received two Grammy nominations for the hit single "Mrs. brown, You've Got a Lovely Daughter." Since the start of his career, Noone performs 200 concerts a year with Herman's Hermits, playing their timeless pop songs to sold-out venues all over the world.

Not only does Noone have a successful music career, he also had a flourishing acting career, including roles in the long-running British soap opera "Coronation Street," and in the US television shows "Married With Children," "My Two Dads," "Laverne and Shirley" and "As the World Turns" to name a few. He alter became the host of VH1's "My Generation" after performing in leading roles in the theatrical productions of "Aladdin," "Sinbad the Sailor" and "The Pirates of Penzance." Noone's all-encompassing talents have entertained fans of all ages across many generations, and he will continue performing for many years to come.