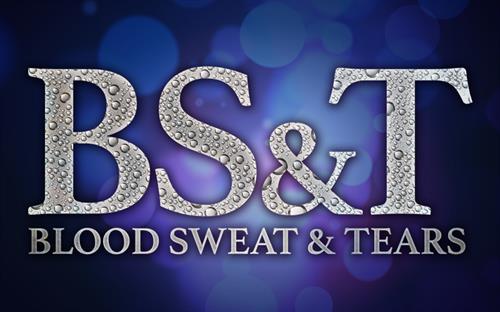 The Grammy-winning group Blood, Sweat & Tears brings its unique jazz-rock sound to The Event Center at SugarHouse Casino on Friday, June 28, at 8 p.m.

Blood, Sweat & Tears, known for winning Grammy “Album of the Year” in 1970 for its quadruple-platinum self-titled album, features the band’s hit songs “You’ve Made Me So Very Happy” and “Spinning Wheel” as well as “And When I Die.” The three-time Grammy winners have produced 14 albums and, for the past 50 years, have toured nonstop, performing their timeless music all over the world.

The unmatched jazz-rock group was originally formed in the late ’60s in New York City. Since then, the band has undergone many changes in band members, but still delivers the same all-encompassing sound with every performance. Founding member Bobby Colomby still oversees the band’s musical direction today. With decades of experience in the music industry, Blood, Sweat & Tears’ music fuses classic jazz, rock-and-roll and blues-inspired horns to create a one-of-a-kind genre.

Any tickets sold through Ticketmaster or SugarHouse’s box office are guaranteed to be valid and authentic. Tickets obtained through any other unauthorized source may be lost, stolen, or counterfeit, and SugarHouse takes no responsibility for refusing to accept any such tickets.

Attendees are encouraged to park in the free covered garage and proceed to the 2nd level. Free self and valet parking available. Under 21 attendees are only permitted in the Event Center. Box Office and show doors will open an hour prior to show time. The Event Center is a non-smoking facility. All recording devices are strictly prohibited. All sales final.