An Evening With 98 Degrees 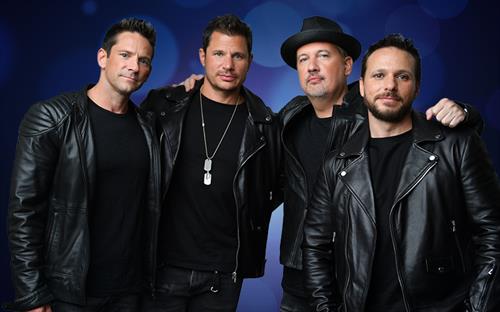 The male R&B vocal group 98 Degrees brings its smooth harmonies, found in hits — such as “Give Me Just One Night (Una Noche)” and “The Way You Want Me,” — to The Event Center at SugarHouse Casino on Saturday, July 27, at 8 p.m.

With over a decade of experience in the music industry, 98 Degrees delivers catchy melodies featuring silky four-part harmonies. The band consists of Ohio-natives Jeff Timmons, Justin Jeffre, and brothers Nick and Drew Lachey, and has sold 10 million records. Their chart-topping hits include “Thank God I Found You” with Mariah Carey and “True to Your Heart” featuring Stevie Wonder.

Since the talented quartet emerged in 1997, the group’s debut album “98 Degrees and Rising” has sold four million copies launching them to international stardom with a string of hits like “Because of You,” “I Do” and “The Hardest Thing.” The band released its second successful album “Revelation,” which sold two million copies and peaked at No. 2 on the Billboard 200 chart.

After years of pursuing separate solo careers, the group reunited in 2013 and released the album “2.0.” The vocalists then joined New Kids On The Block and Boyz II Men on the road before embarking on a sold-out tour of their own. The group went on to create a full-length Christmas album, “Let It Snow” in 2017. With eight Top 40 singles, 98 Degrees has performed its soulful pop classics all over the world.

Any tickets sold through Ticketmaster or SugarHouse’s box office are guaranteed to be valid and authentic. Tickets obtained through any other unauthorized source may be lost, stolen, or counterfeit, and SugarHouse takes no responsibility for refusing to accept any such tickets.

Attendees are encouraged to park in the free covered garage and proceed to the 2nd level. Free self and valet parking available. Under 21 attendees are only permitted in the Event Center. Box Office and show doors will open an hour prior to show time. The Event Center is a non-smoking facility. All recording devices are strictly prohibited. All sales final.
Business Directory Events Calendar Hot Deals Job Postings Contact Us Weather